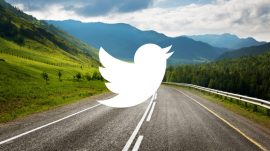 According to The Verge, sources say Twitter Chief Information Security Officer Michael Coates announced internally about three weeks ago that he was stepping away from his role, but there was no external announcement. The security head is reportedly leaving to start his own company.

It’s turning out to be a tumultuous week among top-level security executives at technology companies. Also on Wednesday, Google Director of Information Security Engineering & Assurance Michał Zalewski announced on Twitter he was leaving after nearly 11 years. On Monday, news broke that Facebook Chief Security Officer Alex Stamos would be leaving the company.

The technology platforms are under greater scrutiny for allowing misuse and abuse on their platforms leading up to the 2016 US presidential election and mounting pressure to act. For its part, Twitter made policy changes to curb spam and bot activity by restricting simultaneous tweets from multiple accounts. Twitter has long been accused of not addressing abusive and malicious behavior on its site.

Coates has been with Twitter for just over three years now, joining the company in January 2015. The Verge reports his interim replacement will be Joseph Camilleri, who currently serves as Twitter’s senior manager for information security and risk.