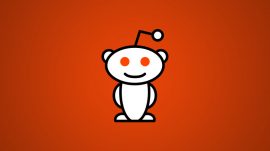 In a redesign of its mobile apps announced on Monday, Reddit will add an option for people to only view non-text posts, which could help its fledgling video advertising business, and support for Apple’s Safari View Controller, which would enable people to block ads on publishers’ sites accessed through Reddit’s iOS app.

The social network is also adding private messaging within its iOS app, which could pave a path to Reddit becoming a customer service channel for businesses in the same way that Twitter, Facebook’s Messenger and Facebook’s WhatsApp have or are trying to.

Reddit is commonly associated with text-laden posts and comments. But it’s also a hotbed for GIFs and meme photos. Now Reddit’s apps for Android and iOS will let people choose to see the only the visual side of Reddit through a new feature called “Theater Mode.”

Reddit’s Theater Mode works similarly to the lightbox-style overlay that appears when tapping a post within Instagram’s Explore tab. When people tap on a post within Reddit’s app that contains a photo, video, GIF or other media element, that post will be enlarged and placed in a horizontal carousel of other visual posts from the corresponding feed or subreddit that people will be able to scroll through.

For now, Reddit will not insert ads among the posts shown in Theater Mode, according to a Reddit spokesperson. But it’s easy to see how that could change and why Reddit would want to change it.

Earlier this year, Reddit rolled out autoplay video ads to grab brand advertisers’ attention and ad dollars. Those video ads can easily stand out in a sea of text-based posts that may populate people’s feeds, but advertisers may prefer them to appear alongside other visual content because people in that context have signaled their intent in viewing visual content and may be more likely to be interested in the brand’s video ad. Additionally, displaying ads at full-screen, as with the other posts within Theater Mode’s feed as well as ads within Instagram’s and Snapchat’s Stories feeds, would boost the viewability of those ads and likely Reddit’s standing among advertisers that are increasingly mindful of whether their ads had a chance to be seen.

The self-proclaimed “front page of the internet” also serves as a portal to other publishers’ sites through the links shared on Reddit. But now it may become harder for publishers to show ads to visitors coming from Reddit’s iOS app.

Reddit is switching its iOS app’s in-app browser to Apple’s Safari View Controller. As a result — and as is also the case for Twitter’s iOS app — content blockers that people have installed on their iPhones and iPads to disable ads, tracking cookies, autoplay videos and other content from loading on sites opened within Safari will now work on links opened within Reddit’s app. People will also be able to switch to Safari’s Reader Mode when viewing webpages through Reddit’s app, which will similarly strip those pages of ads.

As much as ad blocker support poses a con for publishers, Reddit’s adoption of Safari View Controller also comes with pros. Broadly speaking, it will make Reddit’s in-app browser function the same as Apple’s native Safari browser. That means people will be able to automatically fill out forms using AutoFill, making it easier for people to sign into publishers’ sites. And if someone is already signed in to a site on the native Safari app, that sign-in will persist in Reddit’s app, rather than forcing a person to sign in again to do something like view a page on a paywalled site.

Reddit’s iOS app will now let people send private messages to their friends the way they would through Twitter, Facebook’s Messenger and a host of other app-based alternatives to traditional text messaging. And like those other messaging services, Reddit’s adoption of private messaging could enable businesses to use Reddit to handle customer service inquiries. However, Reddit will first need to prove that people are interested in using its in-app chat feature and then add tools to make it easy for businesses to manage and even automate their conversations.