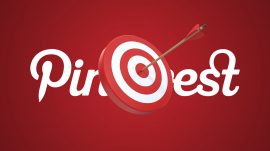 Measurement-savvy execs are about as important to a digital media company today as a three-point shooter is to an NBA team. So it’s a big deal that Pinterest has snagged Snapchat’s head of quantitative ads research, Gunnard Johnson, four months after the ad measurement vet had joined the white-hot messaging app.

Pinterest has hired Johnson to be its head of measurement science and insights, charged with coming up with ways to prove how much value Pinterest’s advertisers are getting in return for their money. The position is a new one at Pinterest. Previously measurement and insights were divided into two groups at Pinterest, but now the company is consolidating the divisions into one 12-person team reporting to Johnson who will report directly to Pinterest’s head of global sales Jon Kaplan once he starts on August 1.

“I see the growth potential being tremendous as the unique insights created from people discovering and bringing ideas to life on Pinterest should deliver a superior advertising ROI vs. other forms of media investments,” Johnson said in an emailed statement. Johnson is a longtime digital ad measurement vet. Before he joined Snapchat in March, Johnson had been on the board of the Advertising Research Foundation and oversaw data and analytics at ad-tech firm Centro. Prior to that he served as Google’s ad research director and had also handled marketing science for Team Detroit, the dedicated agency WPP erected for Ford.

That experience makes Johnson extremely valuable at a time when digital media companies are more pressured than ever to prove their ads’ value, especially when competing against Google, Facebook and TV networks for advertisers’ budgets..

It’s one thing for company like Pinterest to tout the size of its audience, the data it has on that audience and its ability to get a brand’s ads in front of the right people in that audience by applying that data. But it’s another for that company to be able to prove that X dollars spent on its ads turn into Y dollars in product sales.

Facebook and Google have recognized that measurement is the new bar on which digital ad sellers are being judged. That’s why Facebook bought Atlas in 2013, the ad server that gives it a better window into what ads people see, in what sequence and what actions those ads lead to. It’s why Google bought the DoubleClick ad server in 2007 and made it the center of its ad-tech arm. It’s also partly why Google unified its advertising and measurement businesses under one exec last year and why both Google and Facebook are racing to measure ads from impression all the way to store visits and product sales.

It’s why Pinterest has stepped up its measurement game this year. For brand advertisers who care about attention and reputation, the company has been working with Millward Brown to measure to what extent its ads can make people more aware of a brand and favorable to it. And for direct-response advertisers who care about bottom-line business results, it’s been working with Oracle Data Cloud to measure how often its ads lead people to shop for the advertiser’s product. And now it’s why Pinterest has poached a seasoned measurement exec from one of its foremost rivals for marketers’ budgets.

Snapchat has not responded to a question about its plans to replace Johnson.