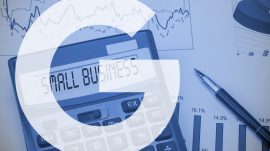 According to Mike Blumenthal, Google is now broadly rolling out its simple website creator for small businesses: websites. It first appeared in January and can be accessed through the Google My Business dashboard.

It’s an even simpler tool than Google Sites and was reportedly designed for developing markets (e.g., India). However, it’s also accessible to US businesses.

It takes advantage of the local business data already in GMB to pre-populate certain content on the site (hours, location, phone and so on). However, as Mike points out, it’s a very basic (but visually polished) solution for new businesses or those that have no website. In the US, a substantial minority — in some surveys approaching 50 percent — of small businesses don’t have a site. While it’s not going to work for sophisticated e-commerce and B2B sellers, it may be sufficient for many business categories — and it’s responsive. Indeed, something slightly more than a landing page may be all that is now required for a large number of SMBs in this mobile-centric universe.

Notwithstanding the rise of “answers not links,” position zero and voice-first user interfaces, websites do remain important to both local businesses and to consumers. (Surveys typically show that most SMBs want better websites.) As yet, however, nobody has cracked the code on how to make DIY websites dead simple to develop and polished enough to be “professional.” Google may be approaching that balance here.

Google’s first attempt at a simple website creation tool was “Page Creator” in 2006, which was followed by Google Sites in 2008 and recently refreshed. Google’s main competitor, Facebook, has been pitching SMBs on the idea that a Facebook Page should be their main online presence.

From our sponsors: Google rolling out GMB simple website creator