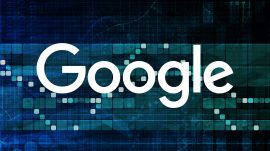 Soon advertisers will be able to reach users across devices with Google remarketing campaigns.

This is a significant development as Google has not previously supported cross-device retargeting. For example, currently, if a user comes to an advertiser’s site on a mobile phone, the advertiser is not able to retarget that user later on a desktop, unless they also visit the site on desktop. If that happens, the user is effectively listed twice, and the frequency capping and negative list exclusion is set at the browser or mobile ID level on each device.

That has been true even for users signed into a Google account on multiple devices because Google has relied on cookies and mobile IDs to identify users for remarketing lists.

Brad Bender, VP of display and video advertising at Google, announced the shift in a blog post and is set to discuss it during Advertising Week in New York City on Monday.

“We’re introducing cross-device remarketing for Google Display Network and DoubleClick Bid Manager to help you reach the same user across devices, apps, and sites. You can now tell a single story to your audience and decide how frequently they see your ad across devices,” wrote Bender.

As with Facebook, Google is taking a deterministic approach, and cross-device remarketing will be limited to signed-in users. (Gmail alone has 1 billion monthly users.)

Until now, Google’s focus on cross-device has been on trying to solve the attribution problem of tracking conversion activity that has touched several devices with metrics (based on a sample of signed-in users) and reporting.

It has also meant marketers have had less control over frequency capping. With this change, instead of managing ad frequency at the platform level, marketers can attune it to the user and think and act more strategically about message delivery and sequencing.

Until fairly recently, Google was known to be restrictive (relatively speaking) with the ways in which marketers could tap its signed-in user data for anything more than measurement. That has changed over the past year as the company has followed Facebook’s lead in leveraging user data for ad targeting.

It was a year ago during Advertising Week that Google announced the launch of Customer Match, which enables marketers to target customers on search, Gmail and YouTube based on email addresses.

More recently, Google has been testing demographics targeting in search, an area that has long been on advertisers’ wish lists. (The company has offered demographic and interest data from publishers and third-party data partners in display targeting for years.)

The introduction of cross-device remarketing comes three years after Google first debuted its estimated cross-device conversion metric. Bender says the new capabililty will be rolling out globally over the next few months.