Apple News opens to all publishers, in bid to compete with Instant articles and Google’s AMP [@SmartInsights Alert] 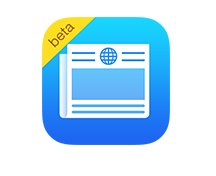 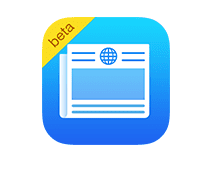 The Internet was built for desktop computers. Then, some smart folks made the internet available on all sorts of devices small enough for us to carry about with us. After a few years of explosive growth, mobile web browsing rose to become the majority of web traffic last year. Yet we were left with an internet comprised of sites largely designed for viewing on desktop devices. Plenty of sites were quick to realise the issue and implement responsive sites so they’re sites weren’t impossibly hard to navigate for their legions of mobile visitors. Whilst there are still some laggards, the transition to responsive sites is now mostly complete for larger sites.

Whilst responsive design removed one obstacle for mobile users, it doesn’t completely solve their pain points. Another big issue for mobile users is the page loading times on mobile devices. As sites have become more complex, with many ads, personalisation, cookie tracking and rich media, so the amount of data needed to load your average site has increased. This hasn’t been a problem for desktop users plugged into broadband connections, but for your average mobile device loading pages can be a time-consuming task.

The solution to this problem is to have content hosted on pages specifically designed for mobile devices, which allow for much faster load times and a seamless experience. The titans of the tech world have woken up to this and are each releasing their own solution. Google has launched its AMP page load solution now for all users, and Facebook opened up it’s Instant Articles platform recently so that all publishers can use it, rather than just a few select news sites.

The latest announcement enables publishers and other types of businesses to publish via Apple News publisher so that, if approved, their content can be accessed by users of Apple’s News app that will be optimised for mobile viewing and download and so give a better experience for users.

“News Publisher makes it easy for anyone, from major news organizations and magazines to blogs and independent publications, to distribute interactive and engaging stories in News. Create articles directly in News Publisher with Apple’s new web-based editing tool, which lets you choose from a variety of styles and fonts, and easily add images and quotes“.

Apple’s News app, originally launched in November 2015, is built into iOS 9 and functions as news aggregator, which users can configure to show them stories from whatever outlets they are interested in following.

Apple announced the news rather quietly, via a notification yesterday to smaller publishers and bloggers. This may be because there was already an option to syndicate content to Apple News via RSS or using the Apple API.

Publishing through Apple News has another big advantage alongside the optimisation for mobile. It opens up a potential audience of some 40 million (how many people use the Apple News app according to Apple). The current audience size is clearly limited given the audience of Facebook, so this development is unlikely to be transformative for most publishers. Indeed early adopters of the programme were reported by Digiday to be underwhelmed.

What about my ad revenue?

Publishers don’t have to worry about losing out on potential ad revenue by posting their content on Apple News rather than keeping it on your own site. Apple says publishers can keep 100% of the revenue from ads that users have sold themselves, or they can partner with apple’s ad network ‘iAd’ and get 70% of the revenue whenever iAd sells an ad for them.

Why a 3rd format if Google and Facebook are already offering mobile optimised pages?

Apple is rushing in to offer what it’s biggest competitors already have created after a limited take up to its iAd app advertising. Only time will tell if there is really a need for 3 different mobile optimised formats, or if they will have to consolidate and the less effective ones will gradually lose popularity and close down. If your Google Analytics traffic shows you get a considerable percentage of your traffic coming from iOS devices then it’s probably worth trying it out and seeing what kind of traction your articles get. No one knows which format (AMP, Instant Articles or Apple news) will end up coming out on top in the end, so being on at the ground floor is a good way to hedge your bets.

From our sponsors: Apple News opens to all publishers, in bid to compete with Instant articles and Google’s AMP [@SmartInsights Alert]