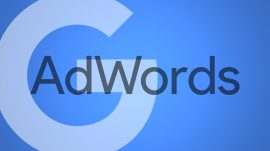 I’m always looking for an edge in PPC so that my campaign’s performance will shine in a very competitive landscape. Back in 2013, I started talking about how to use programming to set up time-saving and performance-boosting automations with AdWords Scripts, at the time among the newest capabilities in AdWords. But now that we’re about to head into 2017, there’s an entirely different AdWords power feature that is starting to let us use programming to improve performance: ad customizers (“customizers” for short).

The customizers’ capabilities that have now been available for a few years are most easily thought of as a very powerful variant of dynamic keyword insertion (DKI). Rather than just giving advertisers the ability to insert the keyword into the ad, any piece of text can be inserted from a spreadsheet that is maintained in the Business Data section of AdWords. The brand-new customizer capabilities use simple functions and code to customize the text. For example, there is a function to show a countdown timer, as well as a brand-new IF function (not yet available in all accounts). These IF statements can be used to do different things depending on certain conditions, like the device a user is on or an audience list the user is a member of.

From our sponsors: Ad customizers just got a whole lot more powerful