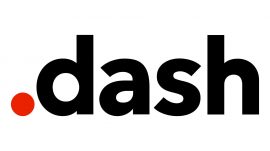 In Morse code, About.com’s new name, Dotdash, translates to the letter “A.”

A year after About.com started spinning off topic-specific standalone sites — and six years after Google’s search algorithm almost knocked its lights out — the 20-year-old digital media company is trading in its name for a new one: Dotdash.

The “dot” is supposed to pay homage to the red dot in About.com’s logo. And the dash is “punctuation for what comes next,” said Neil Vogel, who took over About.com as CEO in April 2013. Fortuitously, after the company’s creative director came up with the “Dotdash” name, the team realized the dot-dash combination in Morse code translates to the letter “A.”

The name-change caps the latest stage of About.com’s turnaround since digital tech-and-media conglomerate IAC bought it from The New York Times Company in August 2012. At the time, About.com had been laid out by Google’s “Panda” search algorithm change that targeted so-called “content farms,” or sites that published a lot of low-quality articles to boost traffic. Less than a year after the acquisition, IAC hired Vogel to pull the site up off the floor.

“If you looked at what About looked like at the time we got here, you saw how much ‘Panda’ had punched it in face,” said Vogel. “The number-one task we had was, why does this thing still exist? Because you could have made a very strong case that it should not at that point.”

About.com’s problem wasn’t its content so much as its packaging, to Vogel’s mind. He didn’t think the site should be grouped with content farms like Demand Media. “We made great content. We just let it get in bad condition,” he said. So the company cleaned up its content library and redesigned its site. That stopped the bleeding. But a year and a half later, while traffic wasn’t shrinking, it wasn’t growing either. The problem remained the packaging, including the name on the package.

“We figured out that there was no place for the old About.com anymore. We literally tried everything we could possibly try for a general-interest site to make it grow. And it couldn’t,” said Vogel. So he pitched the IAC executives on a complete repackaging.

“We painted a picture that says — these are the exact words we used in the meeting — ‘We’re going to turn Yahoo into Conde Nast,’” Vogel said.

To do that, the general-interest site decide to start spinning off vertical-specific standalone brands. The effort kicked off in April 2016, when the company rolled out Verywell, a standalone publication focused on health. Since then, the company has launched personal finance site The Balance, tech site Lifewire, home site The Spruce and personal development site ThoughtCo. A travel-centric site, TripSavvy, will roll out later this year.

It wasn’t until the vertical strategy appeared to be working that Vogel and team decided that About.com needed a new name. After The Balance debuted in September 2016 and began growing an audience like Verywell had, Vogel and team started selling the idea of a total rebrand. The sites’ audiences may not have any idea these are About.com properties, but advertisers do. That affiliation brings baggage.

“You go to meetings with the sales team or I talk to guys like you, and I have to spend 15 minutes explaining what About.com isn’t anymore before we can talk about what we are. That was the clincher,” said Vogel.

About.com will continue to live on for a little while longer. It will host Dotdash’s travel content until TripSavvy launches. Then gradually, About.com will fade. Eighty-five to 90 percent of its content will wind up on one of the vertical sites — Dotdash.com will be a strictly corporate site — and the remainder, like its fashion and Spanish-language posts, will disappear. Those categories “are not part of what we want to do,” said Vogel, now running a company that has figured out what it is and, as importantly, what it is not about.

To hear more about how About.com has navigated its rebrand, check out our recent interview with Vogel on the Marketing Land Live podcast.

From our sponsors: About.com changes name to Dotdash to complete year-long rebrand